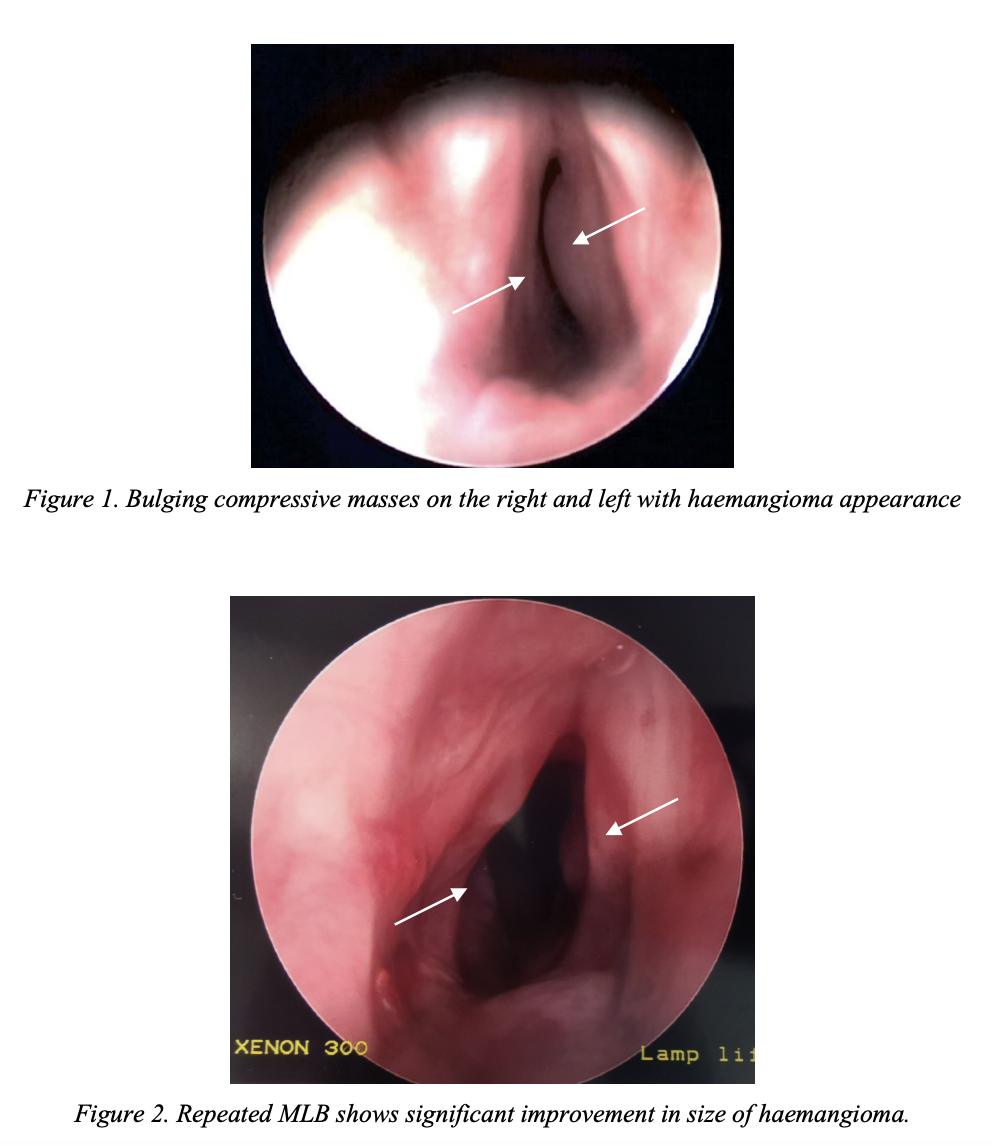 Introduction. Haemangioma is the most common tumour in infancy and can occur in about 10% of the population. They are categorized into two types: “infantile” and or rare “congenital”. In some uncommon cases, the haemangioma can appear in the airway, particularly in the subglottic area, often resulting in symptoms of stridor and respiratory distress.

Clinical case. A 5-month-old girl was admitted under Ear, Nose & Throat (ENT) and paediatric intensive care unit (PICU) teams with pre-existing worsening biphasic stridor. She had previously been admitted to a different hospital for inspiratory stridor, as it was suspected she had laryngomalacia with superimposed viral infections. She had a microlaryngoscopy and bronchoscopy (MLB), which revealed a bulging compressible subglottic mass on the right and left sides, consistent with a haemangioma. Following the procedure, a 1 mg/kg/day propranolol treatment was initiated to reduce the size of the haemangioma. The does was gradually increased to 2 mg/kg/day. Six days later, she had a repeated MLB. The subglottis was reassessed, and there was a significant improvement in the size of the haemangioma – the size was reduced by approximately 80%. She was later discharged with a close monitoring for propranolol’s side effects.